Evaluating the record of achievement of a government is deceptively difficult. Too often such assessments make insufficient allowance for inherited starting conditions, the impact of circumstantial events or do little more than reflect one’s underlying political views.

A more subtle challenge is overstating the significance of government action — for good or ill. 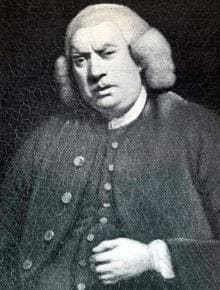 Of all that human hearts endure, how small that part, That laws or kings can cause or cure

This past week, many people have been reflecting on the record of Barak Obama’s two-term administration. Among the thoughtful pieces I’ve read, the one that impressed me most was Martin Wolf’s assessment of Obama’s economic legacy.

Wolf is a globally influential journalist with the London-based Financial Times. He starts out by emphasising that Obama came to office in 2009 in the depths of the Global Financial Crisis with the US economy in free fall. This was not of his making and, equally, the remedial work was not all his doing (the Bush administration had already begun the task).

Nevertheless, the Obama administration took decisive action with a strong fiscal stimulus (the American Recovery and Reinvestment Act), backed the stabilising influence of the Federal Reserve and rapidly stabilised and re-booted both the financial and auto industries.

On the negative side of the ledger, he failed to make any significant inroad into the dramatic worsening of economic inequality in American society, he did nothing to arrest the long term decline in male participation in the workforce, labour productivity fell steeply while he was in office and he did not pursue the companies and individuals whose extravagance or malfeasance ignited the crisis with any great vigour.

As in most other domains, the power of government over a modern economy is easily exaggerated. But in times of crisis – when confidence is the most precious commodity – governments are more consequential than usual. Wolf’s summary judgement that Obama’s administration succeeded in rescuing the US economy and laying a solid foundation for those who came after him, is one I find persuasive.